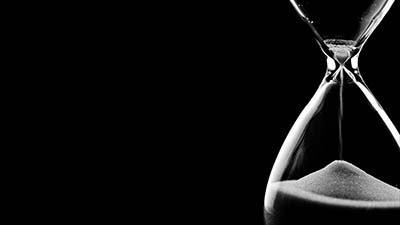 Here’s the ultimate “what if” question for owners of self-directed IRAs and 401(k)s: What if it was possible to get the tax benefits of both Traditional accounts and Roth accounts at the same time rather than having to choose?

Wouldn’t it be nice to have your cake and eat it, too?

As you ponder that grand question, enjoy this brief fairy tale:

Once upon a time, there was a man who was known throughout the land for his skill and acumen as an investor. Named Richard, but appropriately nicknamed “Rich”, this investor was always “the one to watch”.

In Rich’s day, there was great demand for hourglasses. High-quality hourglasses routinely appreciated in value, and hourglass owners could easily rent them out to generate income. The price of the hourglass was very easy to determine: The hourglass was equal to the value of the sand inside of it.

The strategy is called the Hourglass Technique. Why was Rich so brilliant to use it?

This meant that, up until the moment that every grain of sand had transitioned from top to bottom, Rich’s Traditional account would own and be in complete control of this wonderful hourglass. His Traditional account could own, control and generate income from that hourglass to his heart’s content.

And wait, it did. Then one day, something happened: The final grain of sand dropped from the top of the hourglass into the bottom. It had taken years to get to this point, because Rich’s hourglass was a very special one that measured a very long period of time, not just one hour. Once that period of time had passed, there was a new reality:

Suddenly, Rich’s Traditional account had no more claim to the hourglass at all, because all of its sand had transferred into the bottom bulb. At that very moment when the last grain passed through the bottleneck of the hourglass, the hourglass was then owned entirely and exclusively by Rich’s tax-free Roth account.

May now rent out the hourglass, renovate it or sell it, and all of the proceeds belong to the Roth account

Rich has, through the use of the Hourglass Technique, essentially purchased an asset using almost entirely pre-tax money, and yet, he will never pay income taxes when he withdraws that money. Rich had his cake, and has eaten it, too.

…and with that, Rich was again proclaimed the smartest investor in all the land, and he lived wealthily every after.

If only you and I could structure our investments like Rich…

If only we could stack the tax benefits of Traditional accounts and Roth accounts on top of each other, so that no longer would we have to choose one or the other…

We can. Creating results like this is not for beginning self-directed retirement account investors, nor is it for those who insist on a do-it-yourself approach without the involvement of appropriate legal or tax counsel.

In fact, there are many ways to accomplish this sort of result, not just one. This is part of why professional guidance is so important. Here’s just one example of how to actually implement the Hourglass Technique:

If we revisit the fairy tale of Rich, the story still works if Rich purchases a rental property instead of an hourglass. How? Instead of buying “fee simple” title to that rental property, he can instead buy a “life estate” or a “deed for years” in his Traditional account and a “Remainder Interest” in his Roth account.

Voila. Same effect. Over time, ownership of the rental property slowly “drips” from the Traditional account into the Roth account as a natural function of the passage of time, very similar to an hourglass.

To be sure, there are details you must get right when using advanced strategies like this. It is simply not optional to attempt advanced tax planning techniques like the Hourglass Technique without proper guidance. To do so is to beg the IRS for problems.

But done correctly, the family of strategies known as the Hourglass Technique may well be able to transform the real dollar results you achieve in your retirement account far more than you could ever have dreamed possible.

So when you hear about the Hourglass Technique in the future, remember that you heard it first right here in Self-Directed Investor Magazine.